Home » Check Out These Nice Neighborhoods in Boise, Idaho

Check Out These Nice Neighborhoods in Boise, Idaho 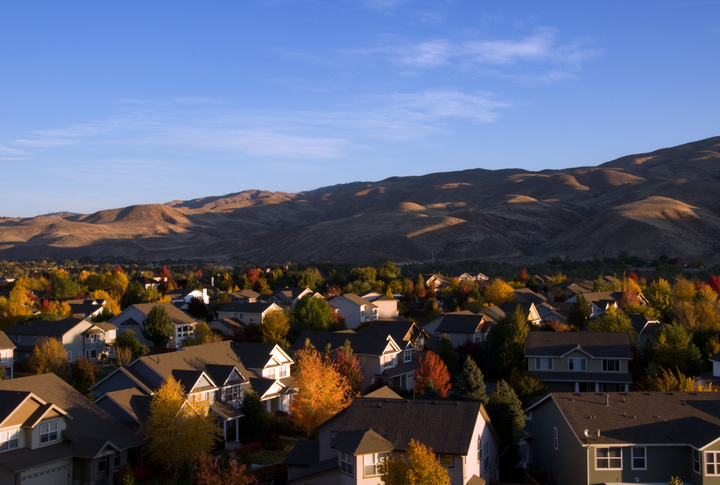 Topic description: Looking for the best places to stay in Boise, Idaho? The City of Trees counts 33 neighborhoods, each with its own flavor and identity. From historic to modern, pastoral to urban, you’re bound to find a residential area that suits your lifestyle and preferences. Choosing is the hard part.

Additionally, there over 35 recognized neighborhood associations that work hard to preserve the beauty and character of Boise’s communities.

In this post, we discuss the best known residential areas in the city as well as various subdivisions and developments you’ll find in those areas. This will get you started on the search for your new home in Boise, Idaho.

Looking for a home in Idaho? You’re in luck – you’ll find plenty of nice neighborhoods in Boise, Idaho.

The City of Trees is made up of roughly 33 neighborhoods. Here we’ll discuss the most popular sections of the city as well as the communities and housing types you’ll find in these residential pockets.

North End. Located north of downtown, this area has a historic charm that few places in Idaho can replicate, with Queen Anne, Craftsman, Tudor, and Modern-style homes lining its quiet and leafy streets .

Hyde Park, a vibrant commercial district, lies in the heart of the North End and offers an array of cafés, pubs, restaurants, and specialty stores. The annual Hyde Park Street Fair is among the most anticipated events in the area.

The American Planning Association (APA) ranked it among its 10 Great Neighborhoods in 2008.

Northwest Boise. The Northwest’s ideal location gives you easy access to the Boise Foothills, Boise River Greenbelt, and Downtown Boise. You’ll also find a diverse mix of older homes and new construction. Craftsman-style homes adorn the western shores of the lake, with the southwest banks are lined with waterfront homes with sandy yards.

Best known for Ranch-style homes, some of the area’s most sought after communities include:

East Boise. As one of the more upscale sections of town, East Boise brings you an eclectic mix of historic and modern homes. There is also a large selection of luxury homes. Prevalent architectural styles include Ranch, Prairie, Italianate, Mediterranean, and Contemporary.

Some of the homes in the area are listed on the National Register of Historic Places and have been updated to include modern upgrades.

Nestled among the Boise Foothills, this part of the city has a distinctly suburban feel. Some of its most notable communities include:

Local attractions include the Idaho Botanical Garden, which spans over 33 acres.

South Boise. This part of the city gives you a bit of everything – family-friendly suburbs to the west, close to the Meridian; thriving businesses and big city amenities to the east, near the airport; and pastoral farmland to the south, towards Kuna.

Southeast Boise. The southeastern portion of Boise has a suburban character. Located along the Boise River, it is home to BSU. Buyers can choose from a wide selection of single family homes and condos, with architectural styles like Ranch, Craftsman, and Traditional. There is also a good mix of post-war homes and new construction.

Southwest Boise. This portion of Boise has a suburban feel. Here you’ll find some of the city’s largest and best selling single family developments, including:

Boise State University (BSU). Located in the southern section of the city, some locals consider BSU a residential pocket in and of itself. Home to BSU, this part of Boise has the highest concentration of students, professors, and researchers.
Broncos living on-campus can choose from a range of residence halls, suites, townhomes, and apartments in the following developments:

Those who live in BSU have access to a recreation center and a host of activities and programs throughout the year.

Boise Bench. Lovers of architecture will enjoy house hunting in Boise Bench, which has beautifully preserved post-war storybook homes, Mid Century Modern homes, and other gems. Residents have easy access to the middle of Downtown Boise.

A City of Trees

The city gets its name from the French word for “wooded” and has been called the “City of Trees” since its founding in 1863. French trappers named it as such upon crossing the Boise River, which was surrounded by willows and cottonwoods.

Today, the city boasts of green spaces like Baggley Park and the Boise River Greenbelt. Nearly every street is lined with cottonwood, willow, and poplar trees that offer shade from the sun.

It also enjoys close proximity to the mountains, hiking spots, and famous outdoor attractions like the Bogus Basin Mountain Recreation Area, which offers hundreds of acres of skiing and snowboarding terrain.

But aside from recreational opportunities, living in a green city can have benefits for your well-being. A 2016 study found a link between greenery and longevity and quality of life.

Researchers followed 108,000 women over a nine-year period and discovered a 12% lower mortality rate among participants who lived in the greenest areas, compared with participants residing in the least green areas.

Enjoy the quality of life that Boise is known for. The First Service Group Real Estate and Property Management can help you find the right home. Contact the team here. You can get in touch with Chris Todd at 208.343.9393 and Chris(at)FirstServiceGroup(dotted)com.

First Service Group has done a great job of managing my investment property. They are always very quick to respond if I email them with a question. I would, and actually have, referred them to someone...... – Melissa Baker
My husband and I have 2 high end Condos in downtown Boise. First Service Group Property Management has done an absolute fabulous job of managing those properties for us. Our tenants have been carefull...... – Betty Weitz
I have had experience with this rental group for 3.5 years. I have nothing but great things to say about their operations. They always respond to any/all requests or issues I may have in a timely and ...... – Tim Nicolello
I loved working with First Service Group. They know how to take care of their clients. Felicia and Chris were wonderful to work with! They are a couple of the nicest, trustworthy, hard-working, loyal,...... – Steve Faylor
Chris has been so helpful over the last couple weeks for me and my wife. He has made moving into our new home so much easier. He has relieved a lot of the stress that comes with moving. He has answere...... – Joel Smithey
I have rented for 15 years and moved almost every year. This is the best property management I have ever worked with. They are quick, professional, and reasonable.... – Natalie Donohoo
As a long time tenant, (just signed my 5th lease) I can say that things with FSG are great. Emails and calls are answered if I need something, and Wayne the maintenance man has went beyond when I've n...... – Alex Schwendiman